Where can a PV array be connected?

I suspect that a PV array would normally be connected between the meter and the first DB, but can it be connected more peripherally please?

The most suitable area of roof is at the opposite end of the premises from the electrical origin. However, there is a small DB with spare ways adjacent to the loft space. It supplies one lighting and one socket circuit and is seldom significantly loaded. The distribution circuit from the main DB is 16 mm² singles (with the live conductors being sheathed). As far as I can see, it travels through under-floor voids and is boxed in with other services as it ascends in a bathroom so RCD protection is not required. If the inverter can be situated in the loft space then only a short length of AC cable would be required.

This is what I have in mind. 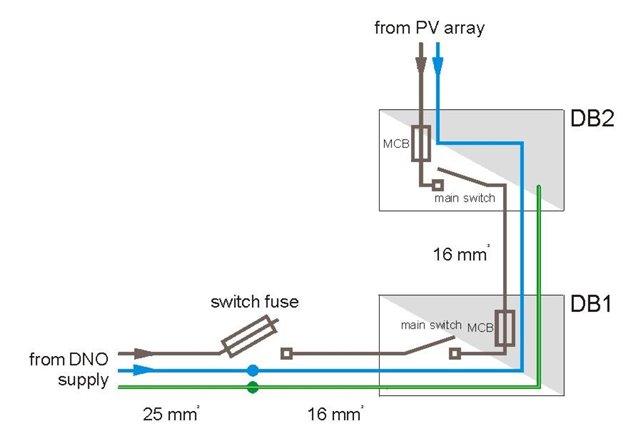