Christian received the prize for his excellent and consistently high standard of work during his BSc (Hons) Computing & Web development course.  In addition, the prize was also awarded for his final year project on producing an App which gave access to recipes for people with Coeliac, Vegetarian and Vegan diets.  Christian produced his App within the Android Studio environment.  He decided to use XML rather than a higher-level language in order to give more control & precision of object placement & effects within his App. 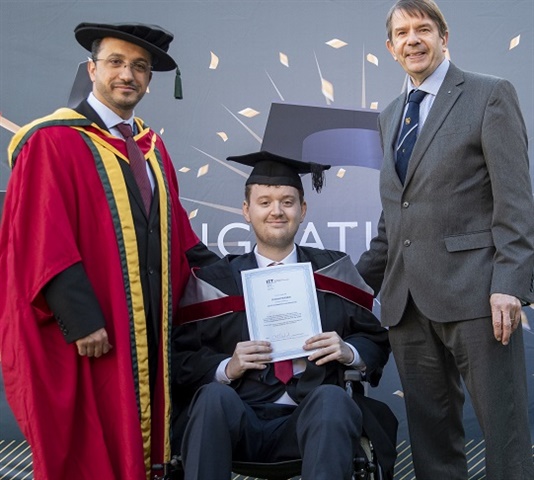