Chia Loon Cheng
The inaugural launch of the Singapore Faraday Challenge Day took place between the 12th and 15th December 2015 and was a resounding success. The challenge was Mission to Mars. Singapore did it a little differently by targeting Singapore self-help organisations and the general public in order to increase awareness of the programmes and to let more people benefit from the challenge.

The challenge started with an ice breaking Bingo session led by volunteer Huang Lingxi, generating much excitement among the participants as they networked in the group, making new friends and finding out about themselves.   The event was made as real life as possible. Project teams were formed randomly and most of the members did not know each other. Despite this, they worked together, embracing their diversity to complete their mission of transporting and launching a rocket. One of the participants liked the event so much that he requested an event poster to take home; he was delighted to be given one! Feedback from parents and guardians was very positive, all wanting to register to be on the mailing list for details of any future youth initiatives.

Keep up to date and see the full range of photos in the IET Singapore Network's Facebook Album.

The overwhelming success of the event was in large part due to the volunteers who worked relentlessly on the project over several months. 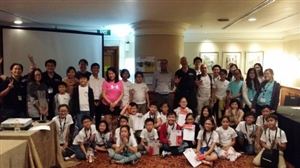 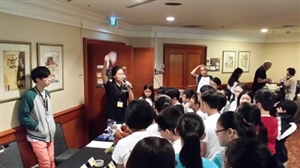