Phoebe Houssein
When Charles Francis Jenkins projected a film of a dancing girl on to his wall in Richmond, Indiana on June the 6th 1894 the audience looked for the trickery behind the scene, yet today we’re more awed by adding another remote to the growing collection on the coffee table - how else are you to access all of the content available through your television just over 100 years later? 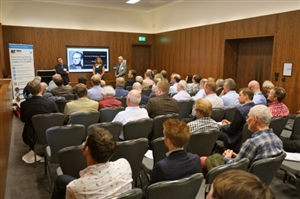 The sold out Multimedia Communications Network 2016 John Logie Baird Lecture: From Concept to Screen was held at Savoy Place, London and brought together SMPTE President, Barbara Lange and Nagra Kudelski’s SVP of Marketing, Ivan Verbesselt, who discussed the past and future of television whilst celebrating SMPTE’s Centenary year and presenting John Logie Baird’s Grandson, Iain Logie Baird, with the framed document inducting John Logie Baird into SMPTE’s Roll of Honor. 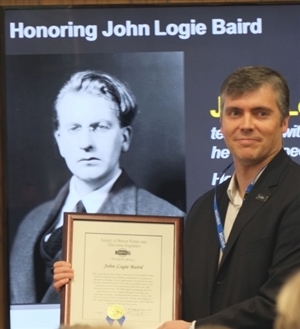 Barbara’s talk offered some fascinating insights into how the nascent US film industry recognised the need to organise itself and standardise technology before the US Government stepped in with its own mandatory requirements!  Plus ça change.  From this early beginning SMPTE, the Society of Motion Picture and Television Engineers which celebrates its centenary this year, took on an international role first in the film industry and then in television.  In the UK we have one of the larger SMPTE groups outside the US, in fact the UK is now a SMPTE Region in its own right.  After walking us through a century of SMPTE accomplishments Barbara finished by wondering where the next century would take SMPTE.

Ivan’s presentation covered the pervasiveness of content and the changes in consumption patterns across devices and also among different population demographics.  He presented some fascinating research showing the breakdown of viewing in this way, and, although total television viewing time is remarkably resilient, the way in which content is being accessed has changed significantly over the last few years.  He ended his talk with a discussion of how his company’s latest work aims to simplify content search and access, regardless of whether it comes from linear or over the top sources. 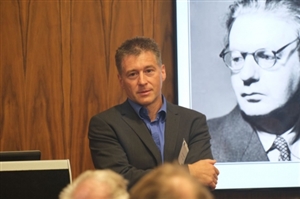 One fascinating thread that joined the two presentations in a very personal way was that one of Barbara’s slides showed that in 1988 Stefan Kudelski was inducted into SMPTE’s Honor Roll.  Stefan Kudelski was the inventor of ground-breaking audio recording equipment (used on the first ascent of Everest and subsequently by Hollywood studios and radio and television news gatherers worldwide) and the founder of the Kudelski Group where his son André Kudelski is now CEO after moving the Group’s focus largely into television technology products.


In closing it is perhaps appropriate to repeat one of the presenters’ comments: “The future of television is …. Television”.  There’s a lot of technology involved, but behind it all is the need to deliver a captivating entertainment experience. 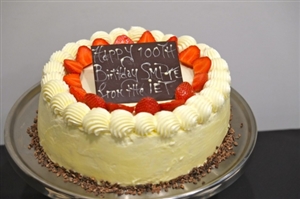 Missed out on attending this inspiring event? Don’t worry! It was filmed from start to finish and the footage will be available soon… 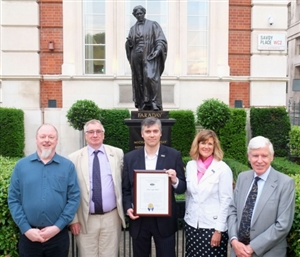 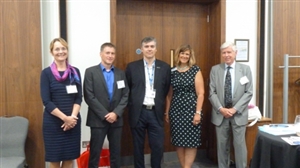 The Multimedia Comunications Network Exec would like to thank John Emmet for the photographs.