Chia Loon Cheng
On 21 May 2016, the IET Singapore Young Professionals Section rolled out its

IDA aims to educate the public about the importance of STEM (Science, Technology,

Engineering and Maths) as a vital nation-building element. The IET Singapore was invited by

IDA to organise Faraday Challenge for target audience of youngsters of up to 14 years old.

Our Faraday Challenge was adapted from the the IET "Mission to Mars" package. It received

overwhelming response from the parents and it was fully subscribed before the event.


The Tech Saturday by IDA Singapore featured more than 10 events at the venue, attracting over 17000 visitors throughout the day. The Faraday Challenge was one of the most spectacular events in this carnival, attracting many spectators, especially parents who were keen to find out more about the exciting activities of Faraday Challenge, and in registering their children for future runs of the Faraday Challenge.


The Faraday Challenge was kickstarted by a fun ice-breaking game to bond the 36 participants of ages 9 to 14 years old. Then the participants were drawn randomly to form 6 groups, with a facilitator in each group to provide guidance and advice to the participants. Afterwards, the MC briefed the participants on the safety measures and rules of the Challenge. A video was played via two large screens to introduce the thrilling "Mission to Mars". The participants were encouraged to practice teamwork and to brainstorm on the strategy to create the best rocket prototypes, considering several factors such as shape, weight and hardness. Each group was given 130 Faraday Dollars, a virtual currency that allowed participants to purchase materials at the Faraday Shop. The participants were expected to plan the budget carefully so that they are able to utilise the money in the most meaningful way. Most of the groups were very creative in building a rocket prototype. They assigned different roles to each member - Mechanical Engineers, Electrical Engineers, Accountants etc.


Most of the participants were able to work as a team effectively to produce wonderful results.

Although they did not know each other before the Challenge, they learnt valuable skills and

knowledge together and, at the same time, gained meaningful friendships.


The Faraday Challenge was visited by Dr Janil Puthucheary, the Minister of State, Ministry of

Communications and Information & Ministry of Education. He was taken around the area by

Minister. Throughout his 15 minute visit to the Faraday Challenge venue, the Minister


Dr Janil, the Minister, was very pleased with the success of Faraday Challenge. He took the

opportunity to interact with the participants and the IET’s volunteers. Through many

conversations, he learnt that the participants enjoyed the Challenge because they had gained


Accompanied by Dr Bicky Bhangu, the Minister had a chance to witness all the rocket prototypes being made by all the dedicated groups of participants. It was an interesting experience that allowed participants to learn and play at the same time, thanks to the fun and dynamic atmosphere a s well as the effective facilitators.


After all the groups had completed the rocket prototype, participants were excited to launch their final products using the pressurized rocket launcher built by Mr Jolyon Caplin, the Faraday Challenge Advisor. Each group launched their respective rocket and the distances travelled by the rocket were recorded for judges’ reference.


The last section of the Faraday Challenge was the presentation by each group before the panel of judges, consisting of Dr Bicky Bhangu, Mr Richard Fong, and Mr David Griffiths. Each group was expected to explain the design of their prototypes and addressed several questions posted by the judges.

Bhangu. He described the importance of STEM in the nation’s education system and

STEM and provoke students’ passion in STEM. He hoped that through this event, more

students will be inspired to pursue further studies and career in STEM, especially

engineering, that plays a vital role in the building of the future SMART City. 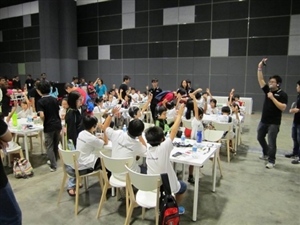 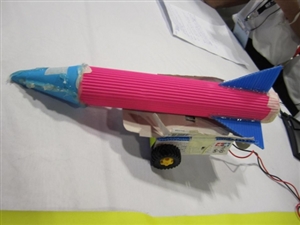 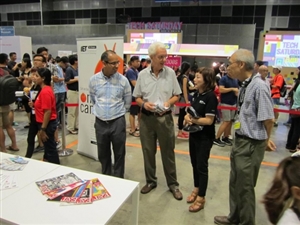 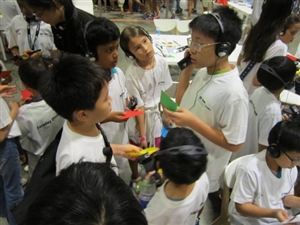 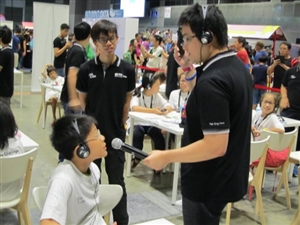 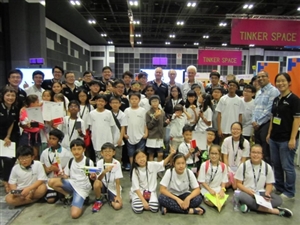