In the new edition of BS7671 the Electrical Installation Certificate Schedule of Inspections covers four pages from page 515 to page 518, on the certificates I use it gets condensed to two pages of tick boxes.

Every time I do a EIC or EICR it feels like I am doing a multiple choice exam and sometimes I have to do several in a day.

I have had a look at the downloadable IET certificates, I nearly missed the EIC Schedule of Inspections it is so brief, is this all that is actually required? 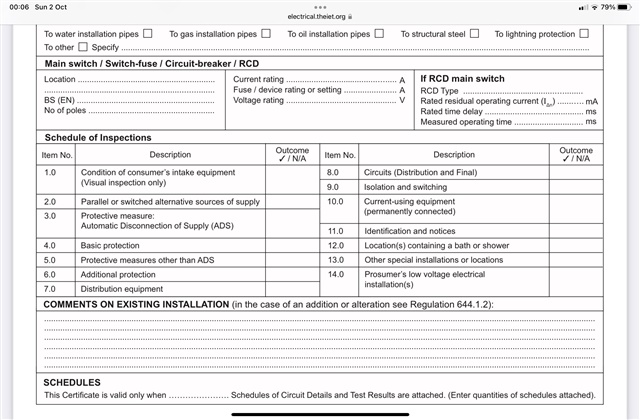