You have one birthday a year, and probably celebrate it in one way or another: traditionally; unusually; differently; or even to excess, often totally ignoring the 364 unbirthdays that make up the rest of the year - and not forgetting that every so often there are 365 unbirthdays to celebrate!. The first morning of April is noted for what used to be decried as 'fake news', and nowadays, so is the rest of the year as well - which means that April Fool's Day (or April Fools' Day, both apostrophes are correct!) now seemingly lasts for the whole year. And just about very other day of the year has one or more celebratory 'Day' associated with it, as well as the 'Un-' days that aren't, or are. Yes, I'm regularly one of those people who sends a belated 'Happy Birthday' late, or try to turn it into humour by using the 'Happy Unbirthday' excuse.

But there's one 'Un-' day that isn't a celebration, is a deliberate reminder instead, and is arguably more important than the 'Day' itself. As you almost certainly don't know, the 31st of March (every year!) is World Backup Day, when you are supposed to make sure that you have backed up all of your data properly. You won't be surprised to learn that there is a web-site: https://worldbackupday.com/en And you probably won't be amazed that 113 phones are lost every minute, 29% of lost files are accidental, and 21% of people have never made a backup (which means they are set up to lose 100% of their data!). The timing is clever: the day before April Fool's Day might actually prompt some people to avoid making a fool of themselves by losing special or personal data. Although in a world where being smart is no longer fashionable, maybe the timing is just rather obvious... 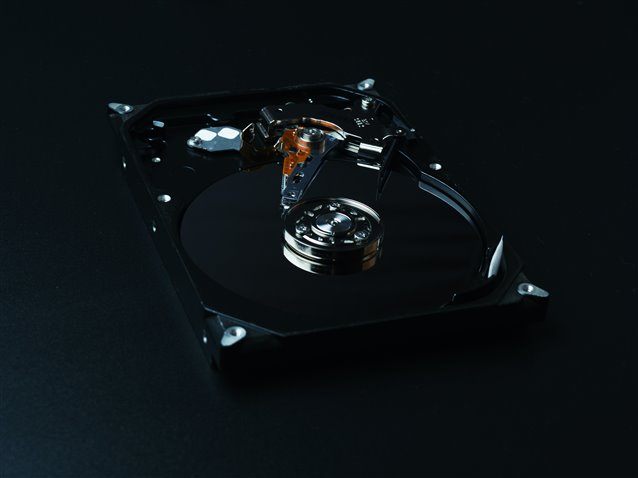 Reminding people to backup their personal data is always good. But, for some businesses, backups are not merely important, they are effectively the businesses themselves. Digital media forms like streamed TV, movies, music, spoken books, animations, texts, messages and more, are increasingly part of our lives, and more and more available, 24,7,365 (and a bit). For the media business, making backups is increasingly not optional, or something that can be deferred or delayed - because physical storage of film or video-tape or other media is rapidly being overwhelmed by the huge amounts of media that have only ever been in digital form.

Now that's an interesting concept: backing up something which only exists in a digital form... and has only ever existed in a digital form... Lose the data and you lose the media. Lose the media and you lose your audience, and that probably means that you don't have an industry any longer. So backing up digital media assets isn't just important, it is probably the most important thing that a media business does. More important than the CEO, the staff, the projects in production, marketing budgets and everything else. So obviously it is priority one, has a huge budget, is regularly tested, verified and re-verified, has multiple layers of redundancy, and would definitely survive an event like a war or an invasion. Well, one would certainly hope so... Maybe this is your opportunity to ask a difficult question at the next broadcasting or streaming presentation that you take part in...

But we also Iive in uncertain times. What about a major catastrophe like a global war? How about a world-wide cyber-conflict that ends up with major losses of media? What would a world without... (just one example: Pixar's films...) be like? More intriguingly, consider an alternative scenario: that there are major losses of media because cost-cutting (in the guise of 'efficiency improvements') leads to a small human error wiping out all of (let's use the example of James Bond this time...)? How soon night this happen? In the next ten years? In the next 25 years...? How much of all media will be stored digitally in 25 years' time? 100%?

A human being pressing the wrong button at the wrong time is forgivable, and the collective loss to the world would be great but survivable. But suppose that the loss of (all video of all World Cup football matches, for example...) was part of a ransomware attack, or a cyber-war attack? In these cases would the human beings responsible encounter significantly less forgiveness? Suppose an AI decides that streamed media is bad for people, and wipes everything? Can you even forgive an AI?

Ending on a brighter note, just think of all the storage space that does NOT need to be occupied by modern 'only-ever-digital' media. Season 8 of a major fantasy series with dragons, perhaps?... (Did they sell any DVD or Blu-Ray box sets?) Somewhere, out there, there's a person whose job it is to make sure that data like that is preserved, forever (Well for 10 or 25 years, maybe...). I bet they celebrate World Backup Day!